Originally from Bolton, England Andrew has been on the Atlanta music scene for the past 20 years regularly performing at hotels, nightclubs, conventions, weddings, theatre shows; just about every kind of gig you could imagine.

In his career he has played and/or recorded with Aretha Franklin, Ben Vereen, Lionel Hampton, Martha Reeves – ‘Martha and the Vandellas’, Jerry Vale, Jerry Lewis, Bobby Vinton, the Atlanta Pops Orchestra, The Atlanta City Ballet, the Georgia Philharmonic Orchestra, Tommie Macon and The Gentle Men Of Jazz, Still Swinging Big Band and many other local and national artists.

“He has played with one or more ensembles for the city of Atlanta’s annual jazz festival almost every year since 1995. He has also played many touring broadway shows in the pit orchestra at Atlanta’s famous ‘Fox Theatre’ – including ‘Wicked’, ‘West Side Story’, ‘Mama-Mia’ and many others. He also starred on stage at the ‘Earl Strand Theatre’ in Marietta, playing piano in Atlanta Lyric Theatre’s production of ‘Ain’t Misbehavin’.”

Now, Andrew continues to perform, compose, arrange, and record jazz, classical, pop, and all kinds of music throughout the city; he accompanies choirs playing everything from Bach and Mozart to Kirk Franklin; and plays with professional ensembles of all sizes and styles from solo piano and jazz trio to big band and symphony orchestra.

His latest recording is a 4 song E.P. entitled ‘Sketches’, which he intends to expand into a full length album this year. Like his critically acclaimed 2016 album ‘The Path’ it consists of all original, deeply felt, Hammond organ driven, modern jazz tunes.

Join us to hear up close and personal renditions of his new CD Sketches in Atlanta’s premier Jazz Lounge, The Velvet Note. One of the most acoustically sound venues in the Atlanta area. Nestled in Alpharetta it provides a friendly up-close and personal atmosphere for your listening enjoyment.

Get tickets at the link below 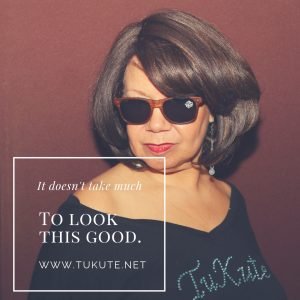